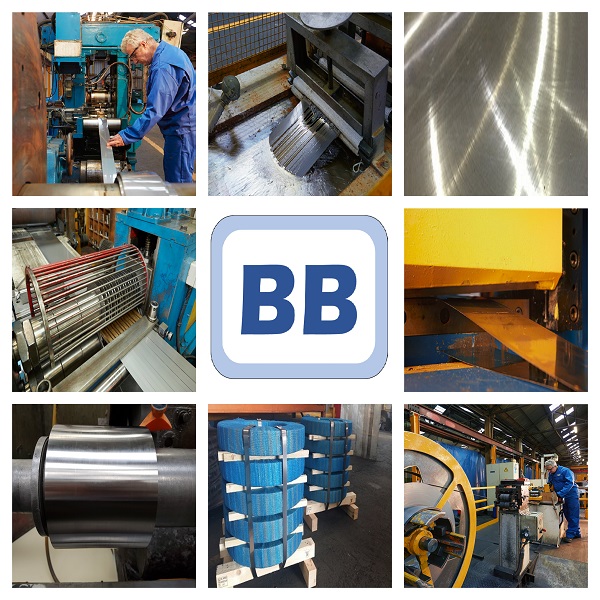 Ben Bennett Jr. Ltd. have a wide range of different products, Please see below what we can offer.....

There are several standard metallurgical conditions to which Steel Strip is produced, these being Annealed, Hard Rolled and, Hardened and Tempered, each of these relating to mechanical properties such as hardness and tensile strength levels that the user market requires. The annealed narrow strip is material in the softened condition that enables intricate forming operations to be carried out or alternatively, gives extended tool forming life in component manufacture. The company specializes in a range of carbon steels, low carbon mild steel versions such as CS1 - CS4 grades (found in BS 1449: Part 1 1991) being particularly but not exclusively, required in the annealed condition at up to 115 VPN hardness level for high formability. Higher carbon steels such as CS 70 and CS 80 are also required in this condition at up to 180 - 190 VPN where formability or tool life factors are important, with the components being final heat-treated after processing as the ultimate value of these steels is their ability to develop high levels of hardness and tensile strength.

All these steels can also be produced in a hard rolled condition where the intrinsic hardness levels are higher than for the annealed condition and where the hardness levels developed in cold rolling are suitable for the subsequent component production and end-use or where final heat treatment is to be given. Hard rolled steels generally offer some cost-benefit in that the final annealing process has been eliminated. The low carbon mild steels can be hard rolled to various controlled hardness levels in the 115 - 220 VPN range whereas hard rolled high carbon steels are more typically 240 - 320 VPN. The latter condition is particularly relevant for the highest carbon steel grade, CS 95 (0.95 - 1.05%C), which is mainly used for blade manufacture and where, after forming the blade, the steel can be final heat-treated to very high hardness levels for excellent cutting performance.

The other main steel condition the Company produces is a narrow strip that has been heat treated by hardening and tempering, in this case the steel being heat-treated to a martensitic metallurgical structure which, after tempering, gives high levels of hardness and tensile strength with useful levels of toughness/impact resistance and ductility. CS 70 and CS 80 steels are commonly produced in the hardened and tempered condition for use particularly in spring applications such as clock or retractor-springs waived washers and circlips. Such steel would be classified under the generic term of Spring Steels and the Company is especially strong in this area. These martensitic steels can be produced to relatively narrow hardness ranges of 30 or 40 points of VPN anywhere in the range 380 - 580 VPN, depending on precisely which grade of steel is involved, hence a very wide range of specifically-tailored strip material can be produced. 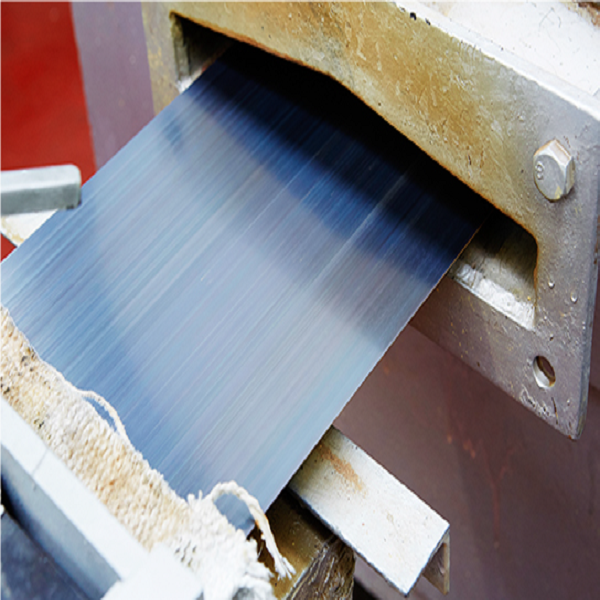 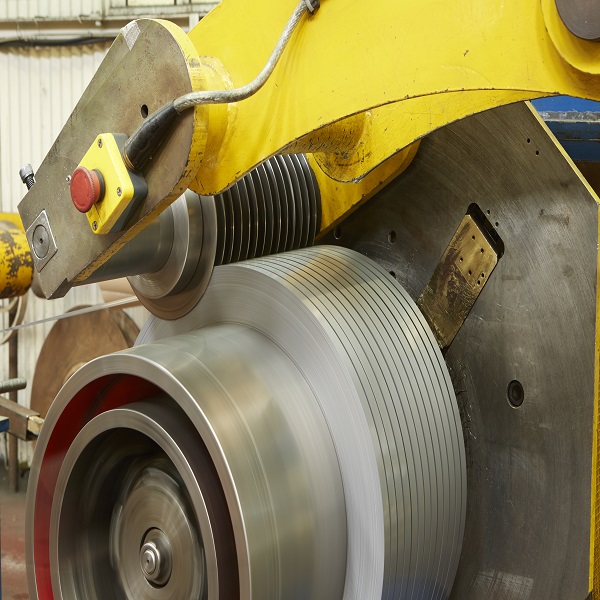 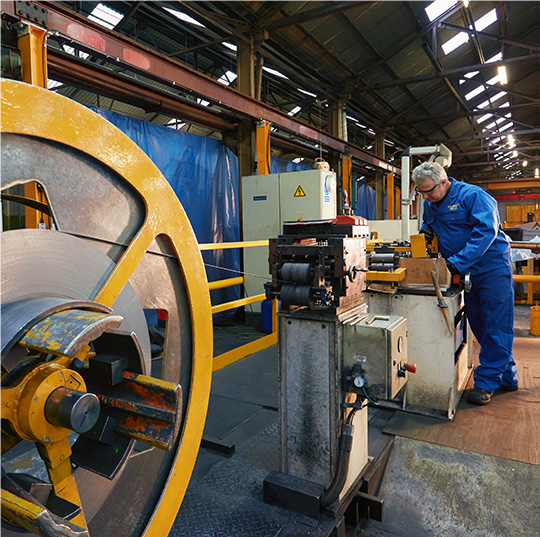 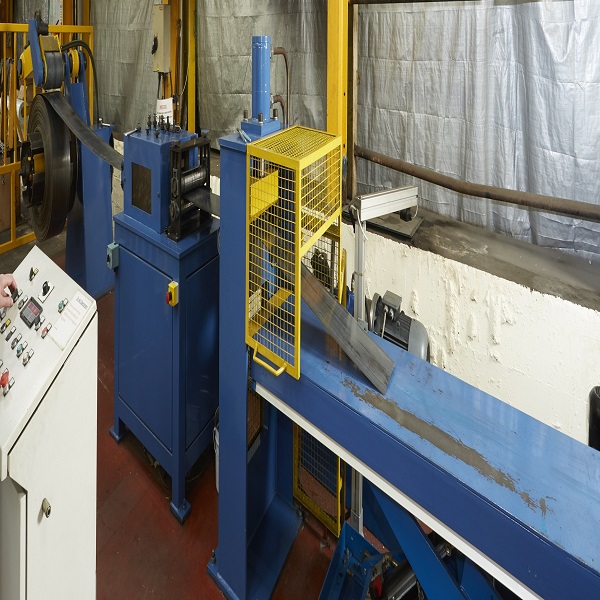 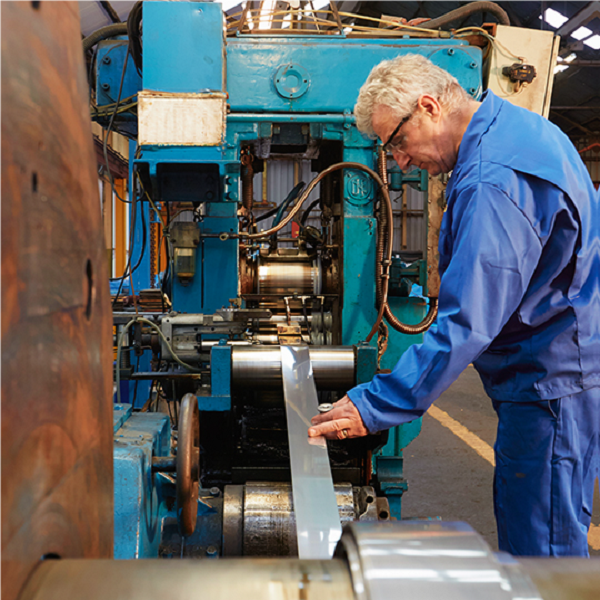 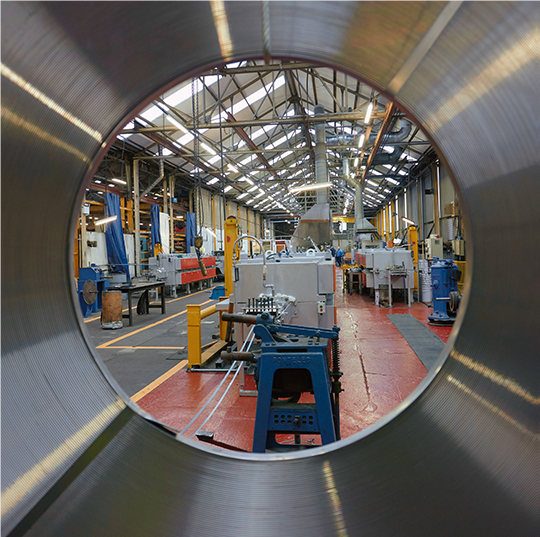 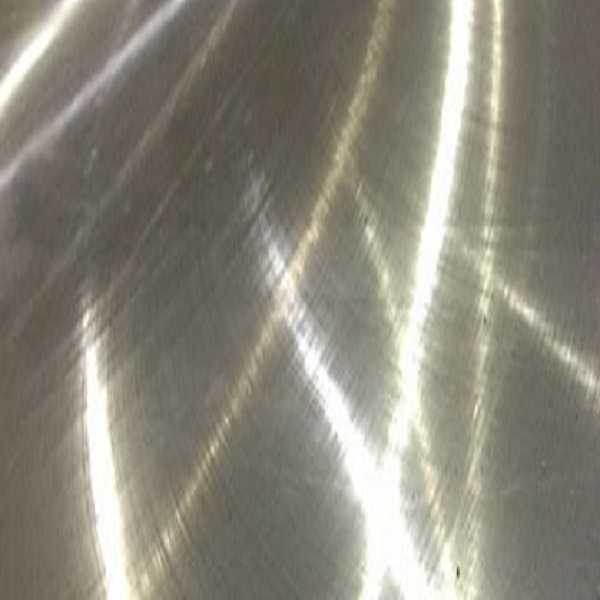 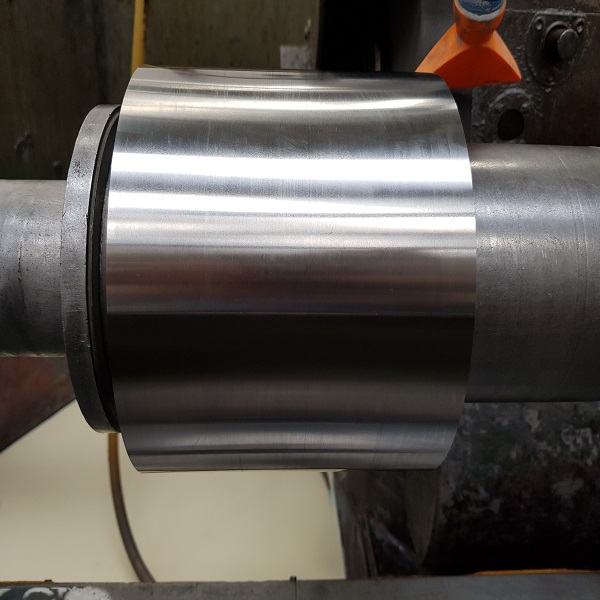