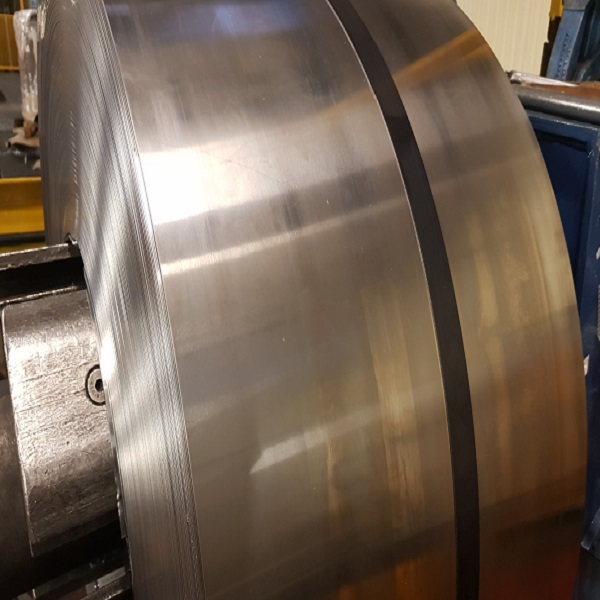 Mild steels are low carbon variants with carbon levels of up to 0.12% as defined in BS 1449: with such grades as CS1, CS2, CS3 and CS4. Such Mild Steel Strip has relatively low tensile strength but good ductility levels.

Mild Steel Strip has a high number of different conditions in which it can be supplied ranging from fully annealed to extra hard rolled, these being delineated by defined hardness levels with annealed at 105 VPN max (equivalent to 370 N/mm² tensile strength) and extra hard rolled as high as 210 VPN plus, (670 N/mm² tensile strength) their intrinsic hardness levels being changeable by cold deformation. This cold deformation is normally carried out by a rolling process. However, it is also possible to generate further property changes by case hardening these steels using such techniques as case-carburizing, nitriding and carbo-nitriding. These techniques involve diffusing carbon and nitrogen into the surface of the components by various combinations of gaseous or solid atmospheres and appropriate temperatures. Case hardening can raise surface hardness levels considerably and provide significantly enhanced wear/abrasion resistance properties.

Tempers:
A variety of tempers to suit all requirements is available including: